Some months ago our oldest son, Stuart, gave us a digital trail camera so that we could assess its effectiveness in monitoring wildlife use of the Conron Stockcrete 'Mini' water trough we installed in the 5-ways Paddock at the top of the farm. We installed the trough during the last drought to support survival of native fauna. One of the main reasons for installing the camera is for monitoring birdlife. We have had discussions with Birding NSW about them possibly being able to remotely access the camera via the internet to enable their members to check in on what's happening with bird activity.

The camera is a Campark T80 which has features such as built in WiFi function enabling wireless connection to a smart phone, 20 megapixel images (with date, time and temperature timestamp) and video option, infrared function and a bunch of other neat stuff. This photo shows the overall layout of the camera and trough, with us having attached the camera to the star post closest to the trough. 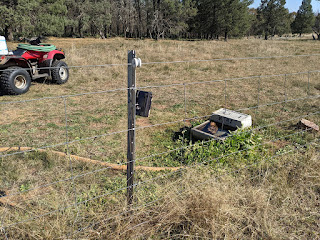 You will see that there is green vegetation around the trough. We now realise that it's due in no small part to the aggressive way some birds wash themselves in the water.

Mid afternoon yesterday, Sunday 23rd May 2021 we connected one of our smart phones to the camera and copied all of the images that had been captured since the previous day. There were about 200 still images in all; reflecting the fact that our trough is being used by quite a bit of fauna.

Here's some of the photos that were taken in the afternoon of 22nd May: 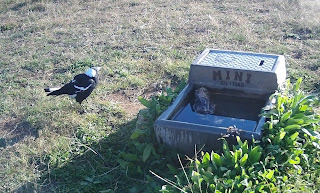 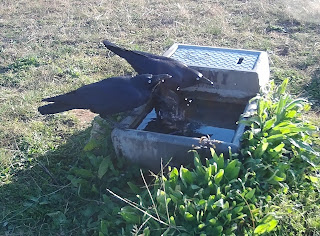 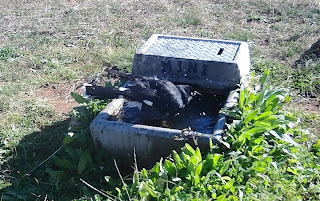 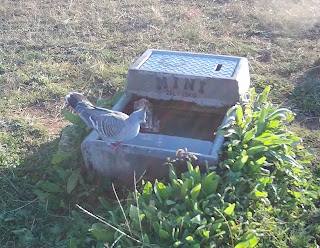 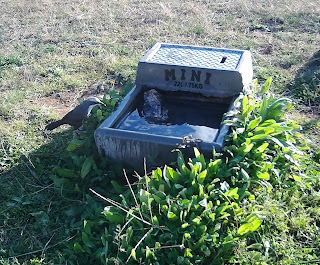 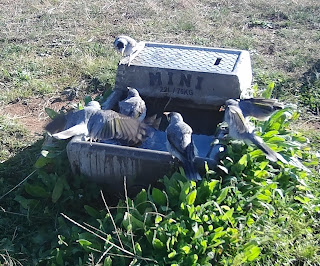 Just the one image was captured during the night via the infrared function.
Feral Cat 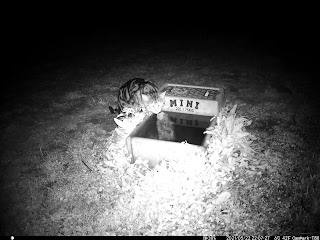 Whilst we were aware that feral cats are on the farm from time to time if we find that this cat is a regular user of the trough we'll most likely trap and remove it.
Here's a sample of the bird species photographed in the morning of Sunday 23rd May 2021.
Eastern Rosella (Phillip's favourite birds!) 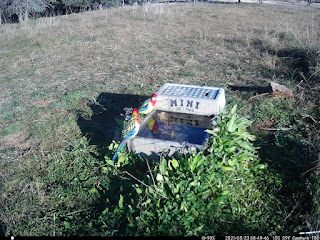 Hooded Robin (we LOVE seeing these on the farm) 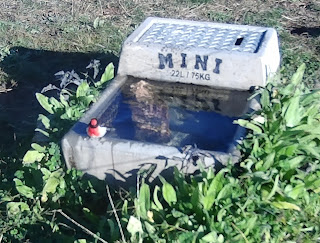 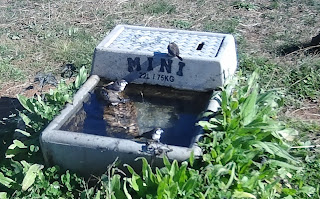 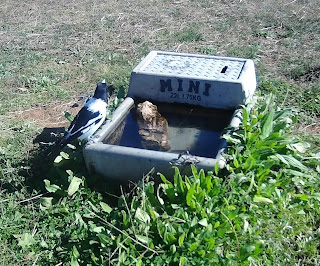 There were 6 more species captured by the camera but we've not included them as they were not clear or we did not know what they were.
Overall comments
Our overall comments are as follows:
Posted by Phillip Diprose at 9:57 am